Question: What do you do for a living?
Answer: I can tell you, but I’d have to kill you.

We’re not secret agents, but we do have more knowledge than the general public about cyber security concerns. We work hard to mitigate fear mongering and any sense of panic among our members.

At the same time, we need to be cognizant of the dangers of cyber theft and malicious intrusions from hackers – both in our ability to manage the grid and maintaining the privacy of our members.

In rural America, the distance between substations, even between members, can be significant. The electronic devices that we use and how we access them allow us to know when disruptions occur and to quickly respond. As the use of technology becomes more prevalent and increasingly complex, the risk of security breaches grows.

“We have in our minds the picture of a hacker as some 15-year-old in his parents’ basement. That used to be the case but it’s not now. Hackers are bots hitting 10 million systems at once, just looking for a vulnerability,” says Bill West, vice president of underwriting at Federated Rural Electric Insurance Exchange. He also adds, “The average cyber insurance claim costs $733,000.”

Any information technology expert that is involved in cyber security will confirm that attacks are frequent. We know this from the industry reports we read. Data breaches can expose the private information of our members and should hackers gain access to control systems, they could disrupt power flow. Throwing a political tilt into cyber issues, hacker attacks are often from foreign countries.

We recognize that because we are rural and comparatively small, it doesn’t mean that we are at less risk than large utilities. As Deputy Energy Secretary Elizabeth Sherwood Randall said last year, “If we don’t protect the energy sector, we are putting every other sector of the economy in peril.”

Let’s make certain that we take cyber security as seriously as we take keeping the lights on. It’s just one more thing to add to our “To Do” list. 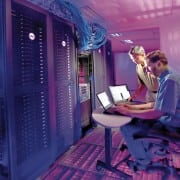 The “Essence” of cybersecurity 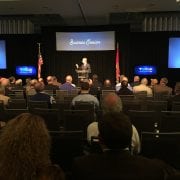 Be prepared for winter storm