Since 1896, Lodge Manufacturing has been an important economic force in South Pittsburg. And even in an age of fast-food and planned obsolescence, the cast-iron cookware standard-bearer continues to grow and become stronger than ever.

You would think that when you produce a product that never wears out and is passed down from generation to generation, you would finally work yourself out of a job. However, cast-iron cookware is experiencing a new surge in popularity fueled by cooking programs on television, food bloggers on the Internet and the “sharing” of all things “foodie” on social media sites such as Pinterest, Facebook and Twitter.

The demand for cast-iron cookware, highly touted for its ability to evenly conduct heat and its natural nonstick qualities, has forced Lodge Manufacturing to get into what company President/Chief Operating Officer Henry Lodge calls “hurry-up” mode to meet the surging demand. 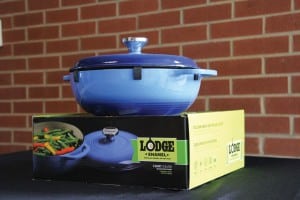 “We have always planned five to 10 years out, but as we watched the demand beginning to increase and started working toward expansion, we found that we had outgrown our plan before we could even implement it,” Lodge stated. “About five years ago, we realized we would need additional product to meet the growing demand. We thought we would have about five years to meet the projected growth, but before we could actually start building the new foundry, we realized that as soon as it was built, it would be filled up. Sales had grown more than we had expected or planned.”

“The new melting system came on-line in 2013, the new production and molding equipment in 2014,” Lodge said. “Even with all the new equipment, we still can’t keep up with the market. It is growing faster than we can produce.”

Market numbers show that sales of cast-iron cookware have increased from 4 percent to 10 percent of the cookware market. So even though people hold on to their heirloom skillets, they love their cast iron so much they are adding griddles, Dutch ovens and other pieces to their collections.

One factor to which Lodge attributes the popularity of their line is the fact that the cookware comes already “seasoned.” The care of cast iron has been seen as daunting or just “too much trouble.” However, that changed when Lodge introduced its “Logic” preseasoned pieces in 2002. The line was so popular that soon all of Lodge’s cookware left the factory seasoned.

With nearly 300 employees, Lodge is one of the largest employers in Marion County, so its growth, expansion and climbing sales figures mean a better economy for the county and the Sequatchie Valley.

“We are moving a LOT of product,” Lodge said. “We produce the largest selection of American-made cast-iron cookware, although there are a couple of small niche companies that produce small quantities of high-end ‘designer’ cookware here in the U.S. 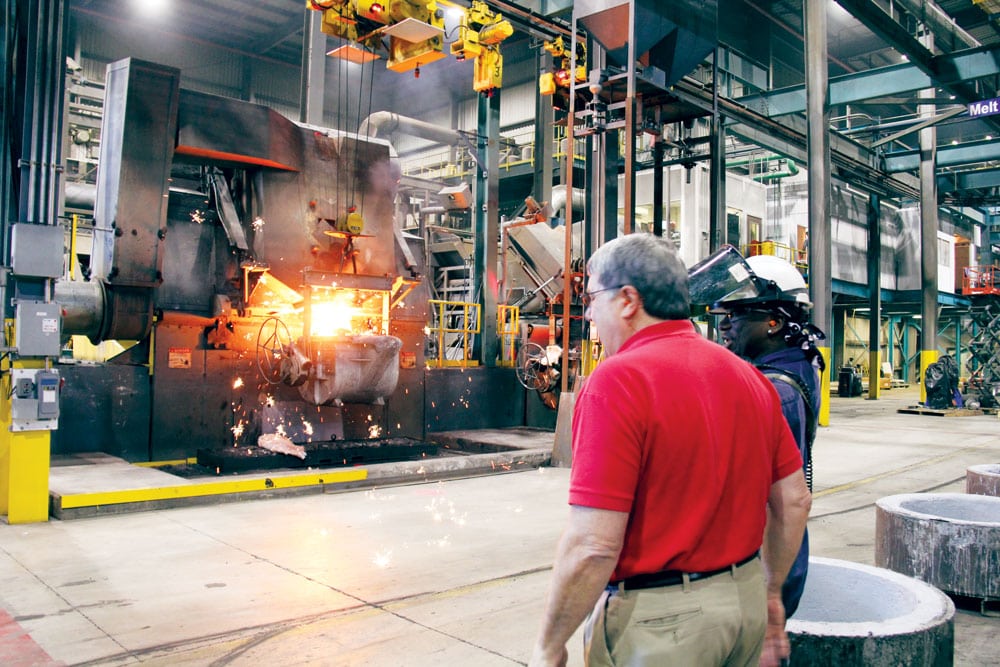 “Our products are sold in retail stores such as Wal-Mart, Target, Cracker Barrel, Williams-Sonoma, Cabela’s and Bass Pro Shops as well as Amazon. We even ship to a number of foreign countries but that only makes up about 10 percent of our sales. We haven’t really pushed the foreign markets because we are fighting to keep up with American sales.”

The 120-year-old family-owned business, now run by Lodge and CEO Bob Kellerman,great-grandsons of founder Joseph Lodge, is making plans for the next five to 10 years and beginning work on the next building project — a new warehouse across the river in New Hope — while settling into the new, larger factory store in South Pittsburg.

“A large part of our being here — keeping the business local — is to help make South Pittsburg, Marion County and the Sequatchie Valley a great place to live and work and to continue to provide families with opportunities,” Lodge said. “I can’t talk about our success without talking about our people. This growth and success are only possible because we have great employees producing great products for our customers.”

“Lodge Manufacturing has been a good corporate citizen from the beginning,” said Mike Partin, Sequachee Valley Electric Cooperative president/CEO. “The company’s commitment to the community and its employees is evident in everything it does. This was demonstrated by the leadership R.L. Lodge gave in bringing electricity to the rural areas of the Sequatchie Valley and the surrounding mountains as the first chairman of the SVEC board of directors. It continues today with the leadership and support that Bob Kellerman and Henry Lodge and their team have given to community projects such as the National Cornbread Festival, which brings tens of thousands of visitors to South Pittsburg each year, boosting the local economy. Lodge Manufacturing is a long-time sponsor of the local Boy Scout troop and supports countless other local causes and events. SVEC is proud to be a partner and power supplier to such an outstanding community asset. Partnerships like this are what make our communities Co-op Strong.” 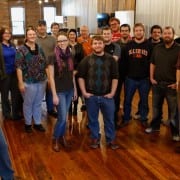 Five quick tips to save energy
Scroll to top