Another successful Washington Your Tour is the in books. All told, that makes 50 times that Tennessee has made this annual investment in our rural youth.

Past alumni include military and civic leaders, legislators, and the occasional business leader. In fact, none other than Apple CEO Tim Cook took his first trip to Washington, DC compliments of his local electric cooperative.

In talking about his first visit to the center of our democracy, Cook said, “In the summer of 1977, I was 16 years old. At the end of my junior year of high school, I won an essay contest sponsored by the National Rural Electric Association. I remember very clearly writing it by hand, draft after draft after draft.” He mentions that his family was too poor to afford a typewriter.

Cook was one of two students from Baldwin County, Alabama chosen to go to Washington, along with hundreds of other kids from across the country. This year’s Tour brought 1,700 students to DC. Tennessee alone accounts for 10% of that number.

You might not think that a one week trip could make a difference in someone’s life. But you would be wrong to think that. A phrase that I have heard from participants – past and present – is that this was the “trip of a lifetime.”

That’s the goal toward which we are aiming.

The students learn about their government, our nation’s history, electric cooperatives (we are sponsoring the trip!), and they learn how to make a difference in their community.

We invest millions of dollars each year into building and improving the electric infrastructure in our communities. We take investing in the future of our youth just as seriously. Wires and poles, hearts and minds – both are critical for our communities to thrive.

Who could have predicted that a poor high school kid from Alabama would someday be the CEO of the worlds’ largest company? We don’t know what leaders may come out of this year’s class, but it’s an investment we’ve been making for the past half century; and one that we’ll continue to make.

You never know just how great of a return you’ll receive. 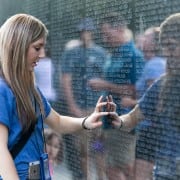 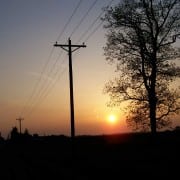 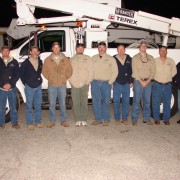 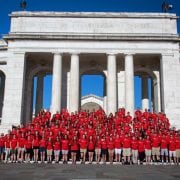 Transforming power to you
0 replies