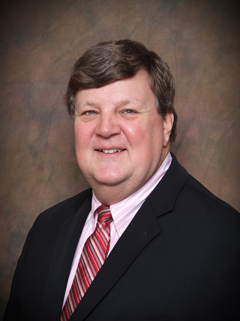 Jim Allison, president and CEO of Duck River Electric Membership Corporation, has been named as a director for the Tennessee Regulatory Authority by Gov. Bill Haslam.

“TECA staff has been supportive of Jim’s selection, and we’re extremely pleased to learn of his appointment as a TRA director,” says David Callis, executive vice president and general manager for the Tennessee Electric Cooperative Association. “Jim is a well-respected leader, and brings extensive utility industry experience to the TRA.”

A media release from Gov. Bill Haslam’s office is attached.

“It is our job to make state government as accountable and responsive as possible to Tennesseans,” Haslam said. “These appointees bring years of experience and expertise to the TRA. I am grateful for their willingness to serve our citizens and appreciate the lieutenant governor and house speaker for their efforts in this selection process.

Passed during this year’s legislative session and signed into law by Haslam, HB 2385/SB 2247 changed the membership of the TRA from four full-time members to five part-time members and established the executive director position, the first of which was to be jointly appointed by the governor, lieutenant governor and house speaker.

Allison has utilities experience in Georgia, Kentucky, Tennessee and West Virginia, and is also regarded as one of the top instant replay officials in college football after having been an on-field official in the Southeastern Conference for more than 12 years.

Hilliard has spent 42 years at First Horizon and is currently the board chair for the National Civil Rights Museum, a board member of Blue Cross/Blue Shield of Tennessee and a commissioner for the Memphis/Shelby County Airport Authority.

Not a training ground
0 replies