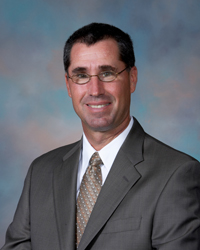 Gibson Electric Membership Corporation President and CEO Dan Rodamaker recently received the Touchstone Energy Brand Champion Award in recognition of living the “power of human connections.”  Rodamaker was the only co-op leader in Tennessee and one of only six co-op leaders in the nation to receive this award.

“I’m honored to receive this award, but I’m more proud of what it represents,” Rodamaker said.  “Gibson EMC, our leadership and our employees work conscientiously every day to provide our members with the highest level of service excellence,” he said.  “This is our ongoing commitment to our members and to the communities we serve.”

As part of its efforts toward service excellence, Gibson EMC surveys member-owners and benchmarks its survey results against those of other electric energy providers.  The rating from Gibson EMC’s last survey was a 91 in the American Customer Satisfaction Index (ACSI), a system used nationally to rate performance and customer satisfaction among energy providers.  This was nine points higher than the average of 82 for other Touchstone Energy Cooperatives for the same period and 16 points ahead of the national utility industry average.

“Naturally we’re honored by our member-owners’ ratings and by Touchstone Energy’s recognition of our utility,” said Rodamaker, “but it only strengthens our commitment to serve our members and our communities even better going forward.”

Gibson EMC, a Touchstone Energy Member since 2006, is a local, not-for-profit, member-owned and member-controlled electric cooperative. Gibson EMC serves about 35,000 member-owners in Gibson, Crockett, Dyer, Haywood, Lake, Lauderdale, Madison, and Obion counties.  Its corporate customer service center is in Trenton and its satellite customer service centers are in Alamo, Medina, Tiptonville and Troy. 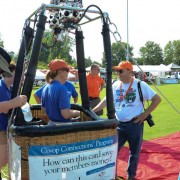 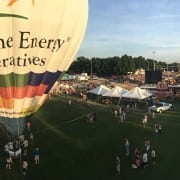