News
You are here: Home / News / Community / FPU and Wal-Mart Give Back to the Community

“The hope is these bicycles will bring excitement and fun to some well-deserving children in our community,” says FPU CEO/ General Manager Britt Dye. “At FPU we care about our community, and we want to give back. We wanted to do something for the children in our community this year, and we thought a bicycle giveaway would be a great way to bring Christmas cheer to some well-deserving children. We wanted to partner with Wal-Mart because they are a part of our community, too. Without the help of Wal-Mart and Store Manager Travis Jean this would not have been possible.”

When asked why Wal-Mart was eager to partner with FPU to help with the bicycle giveaway, Travis Jean said, “Wal-Mart may be a large corporation, but we are a community store. We appreciate our customers, and the community in which we live, and we want to give back to our community.” 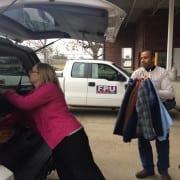 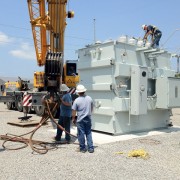 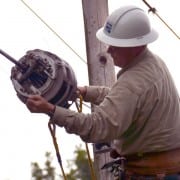 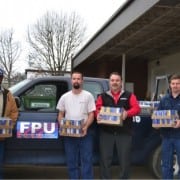 Sharp retires from AEC Board of Directors
Scroll to top