But more than just a theme, it is an appropriate phrase to describe the character of the small towns across the state served by our cooperatives. Communities such as Linden, Lascassas, Red Boiling Springs, and Henderson. Those aren’t exactly population centers, but everything doesn’t have to happen in Nashville, Memphis, Chattanooga or Knoxville.

Despite the size and explosive growth in our major cities, the small towns we serve are home to more than 2 ½ million people. Looking at the numbers, Tennessee’s electric cooperatives serve 71% of the state’s land mass.

We all make choices on where we live. Most of you prefer big years and wide-open spaces, giving you the freedom and room to do what you want to do. Others prefer to live in ­closer quarters in urban areas. The greatest thing is having the freedom to choose.

However, sometimes we make choices based on harsh economics. Everyone of you probably knows some who left the rural community to move to the city   — and not because they wanted to do, but because they had to. Sometimes, it’s a matter of providing for your family.

Imagine being able to live where you’re happy, work where you live, and to have all of the “creature comforts” that enable you to work, eat and play all in your community. And to do without a daily commute of an hour plus.

We’ve written about the beginnings of rural electrification over the years, but have you ever thought deeply about that reality and the implications of what it meant? The lack of electricity affected their work, it affected their education, and it affected their ability to fully enjoy life.

But those rural resients had bigger ideas and decided to change that.

Those rural residents joined together to build a safe, reliable and affordable electric infrastructure just like the investor owned utilities owned in the more densely populated areas. It improved their rural way of life, their work, their education, and made their leisure time far more enjoyable.

Today, three generations out, our cooperatives are charged with the responsibility of maintaining and improving that electric grid. These small towns depend on us each and every day for the electricity that powers their lives.

We solved rual America’s need for electricity, but the needs of rural residents today are just as critical. Access to broadband, healthcare, and jobs, just to name a few. Those needs represent an opportunity to serve – to make life better for our members.

How do you think those groups of rural residents in the thirties got together to form the co-op? Door-to-door. Talking to their neighbors about the big idea they had – a chance to make things better in their communities. The large utility corporations had money and power and initially dismissed the efforts of the REA and TVA.  But those front porch discussions led to a massive upheaval of the electric utility infrastructure and people’s lives were made better.

Just like those early pioneers, rural residents see the lack of services everyday. As leaders in our communities, we need to be advocates for our communities and champions for their success. We need to work just as hard and be just as concerned for their curret needs as we revere the accomplishments of the past. It’s part of our continuing mission to bring equity to rural Tennesseans. 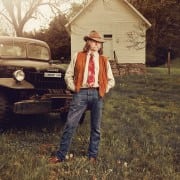 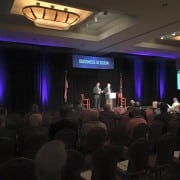 Tips for a safe and happy holiday season