News
You are here: Home1 / News2 / News3 / The Evolution of Safe Electricity

Working on electric lines has always been serious business, but in the early years of the 20th century, it could be downright scary. A lack of standards and safety protocols led to far too many injuries and fatalities.

Something had to be done. In August 1914—the same month World War I began in Europe—the U.S. government’s National Bureau of Standards, under the direction of Congress, established the National Electrical Safety Code.

A century later, in a very different world, the code still plays a critical role in electrical system safety with standards that have been widely adopted across the United States and even abroad. But as it celebrates its 100th birthday, the NESC, as it’s known in the industry, is in a process of revision aimed at the future.

“The NESC committee is taking a serious look at what the next hundred years need to be,” says Sue Vogel, who has the responsibility for the code as a senior manager at the Institute for Electrical and Electronics Engineers (IEEE) Standards Association.

Electric co-ops have a big stake in that process.

“Our members expect our systems to be reliable, cost effective and as safe as they can be, and going by the NESC is one of the best ways to make sure all that is happening,” says Robert Harris, engineering principal at the National Rural Electric Cooperative Association and a member of the NESC main committee that oversees the code.

In the beginning, NESC standards principally dealt with worker safety, but they have since expanded to include the installation, operation and maintenance of overhead and underground lines, substations, grounding and communications equipment.

The standards mean that linemen or other workers are less likely to face unpleasant surprises when working on parts of a system they haven’t seen before. Establishing standards was vitally important in the early days of electricity, when electrical systems were isolated and varied significantly in construction.

But Harris says they remain relevant today, particularly when co-ops or other power suppliers send employees to help with disasters or emergency situations.

“It means they’re not going to be getting into something that’s completely foreign to them,” he says.

The NESC Main Committee, which has authority for approving the NESC, adopts revisions every five years to keep it up to date. Revisions currently under consideration will go into effect in the 2017 edition of the code.

Mike Hyland, chair of the NESC executive committee, says the process is based on consensus, and the committee invites comments from anyone in the industry with an interest in the code.

“An engineer, a lineman, meter readers, construction folks, consultants – they should all be active in this debate,” says Hyland, a senior vice president at the American Public Power Association, the trade organization for the nation’s municipal electric utility systems.

One proposed revision includes better defining where communications equipment and other equipment, such as photovoltaic panels, can be placed on poles, and aligning NESC’s work rules with new Occupational Safety and Health Administration (OSHA) requirements that were published in April 2014.

All these matters have been addressed in the revisions. But there is also a broader debate underway about the future of the NESC. The question is whether the code should largely remain focused on the areas it has covered for decades or whether it should expand to take into account the rapidly changing face of the power industry.

If the NESC doesn’t expand to include some of these new technologies in its standards, some committee members worry it will lose its relevancy.

For example, the code so far has not really dealt much with distributed generation and renewable energy. But Harris says a representative from a company involved in large-scale solar generation joined the NESC committee last year, and an NESC member has attended solar industry events to make sure the committee is staying abreast of issues in that area.

With today’s pace of change, Hyland thinks it may be necessary to consider revising the code more often than every five years, possibly updating some sections every two years or so. He points out that the National Electrical Code, which is administered by the National Fire Protection Association and applies to in-home wiring, is updated every three years.

“Things get done very quickly in today’s world,” Hyland says. “We can’t sit back and say, ‘I had a great idea; I’ll put it in the next cycle, and maybe it’ll get into the code in 2022.’ That’s not going to fly, especially with the younger generation in the industry.”

He thinks the future may include developing apps or other digital systems to allow users to more easily access relevant parts of the code. The NESC is already used as a reference in about 100 countries, but Hyland believes expanding its use in other parts of the world could help bring standardized, safe power delivery to countries where that is still a challenge.

When you look at the history of the code in the U.S., its record of bringing safer practices to the industry is clear, Vogel says.

“If you go back to when the code was started, it was actually pretty graphic in that the editions listed what the deaths were and where,” she says. “There was a real need to put in safety rules to keep people from being killed.”

Harris believes the code also may have played a role in the spread of electrification across the nation. “There would have been a lot more injuries and fatalities and a lot more property damage without the NESC. Both workers and the public would have been at greater risk,” he says. “If people had had the perception that electricity is just too dangerous, that may well have put the brakes on electrification across the country.”

From the 1940s to the 1970s, the code underwent relatively few significant changes, Harris says, reflecting an industry that continued to operate much as it had for several decades. The changes have been more frequent since the industry began a period of change.

With all that, Vogel says there are some things about the NESC that haven’t changed. “Everybody who works on the code is very conscious of it being about protecting people and being a safety code,” she says. “That’s the theme that was there in the beginning, and that still exists to this day.” 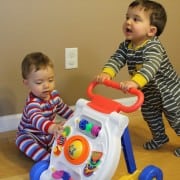 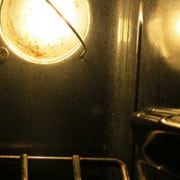 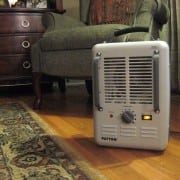 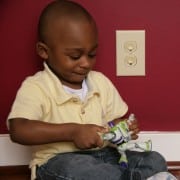 Have a safe holiday season 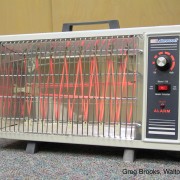