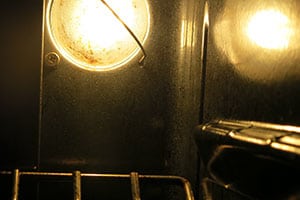 Oven lights are handy. Curious if a casserole’s ready? Flip the switch; no need to open the oven and release heat to get a baking update. But be careful when replacing this little light. Never put a bulb in the oven that’s not built for high heat.

Compact fluorescent lamps (CFLs) use less energy than classic incandescent bulbs, but they’re not safe in extreme temperatures. Most lighting labels designate safe temperatures, but warnings may be in fine print. Need to replace your oven light? Look for appliance light bulbs. Found at Home Depot, Lowe’s, and other retailers, these bulbs are designed for extreme temperatures in ovens and refrigerators. The hardy bulbs are here to stay; 40-watt appliance bulbs are exempt from federal lighting efficiency standards.

Why won’t CFLs work? Instead of heating a filament until white-hot to produce light like an incandescent bulb, a fluorescent lamp contains a gas that produces (UV) ultraviolet light when excited by electricity. The UV light and the white coating inside the bulb result in visible light. Since CFLs don’t use heat to create light, they are 75 percent more energy efficient. But the technology that cuts energy use doesn’t stand a chance in an oven’s 400+ degree heat.

CFLs are good for the pocketbook but not perfect in every situation. Keep these tips in mind:

To learn more about using and recycling CFLs, visit www.epa.gov/cfl.

Are you grounded? GFCI outlets can help! 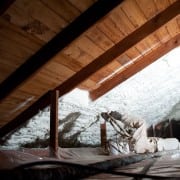 Shield your home from energy loss with adequate insulation

Look up for hazards during harvest

Tips for a safe and happy holiday season 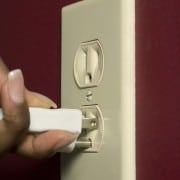 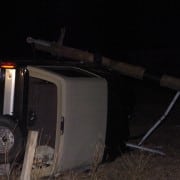 Safety for All
0 replies

Why animals and power don’t mix
Scroll to top