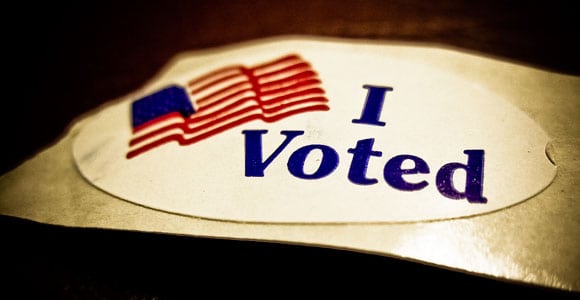 For the past 20 years, Tennesseans have become much more accustomed to early voting. It’s become an accepted part of the election process in our state. No longer a novelty, early voting requires much less explanation and helps voters avoid the long lines often encountered on Election Day. Because more than half of all ballots cast in our elections occur during the early-voting period, candidates have changed how they conduct their campaigns.

Early voting often allows the results of the election to be accurately predicted at the exact moment the polls close rather than waiting a few hours for each county commission to actually count all the votes cast.

Oddly, in the current political climate across Tennessee, we are starting to receive these results of elections months, not hours, ahead of time. How could that be? As we learned in our high school civics classes, for all offices that are elected in partisan elections, there must first be a primary election to determine the candidates that will represent the Republican and Democrat parties. Typically, these elections are held in August. Then a general election is held in November to determine the person who will ultimately hold the office.

More and more, it seems that many elected offices are essentially being decided in the primary election. There are many reasons for this: Demographic changes, population shifts and decennial redistricting are among them. But what is frequently occurring is that while more than one candidate may run in a primary election, there will be no representative of the other political party to run in the general election. If there is an opposing candidate in the general election, there are now many districts that vote so overwhelmingly for one political party that the general election is simply a formality.

So, we are learning who will represent us earlier and earlier than ever. It is certainly noteworthy that the decision about who will represent your interests in the U.S. Congress and in the Tennessee Legislature are often happening in the August rather than the November election. If you don’t vote in the primary election, you may not be participating in the selection of your elected representative. The map below shows a county-by-county breakdown of the percentage of registered voters who participated in the August 2014 primary election in Tennessee. Across Tennessee, only 903,000 of the nearly 4 million registered voters voted in the U.S. Senate primary. Take a look at your county and see how many of your neighbors actually voted. Did you?

From the perspective of your electric cooperative, the map does provide some good news. The darker colors represent higher levels of turnout, and the lighter colors represent a lower percentage of voters actually casting their ballots. On the whole, this map shows higher turnout in rural counties and lower turnout in the large cities and metropolitan areas.

That is encouraging, given that population growth in the larger cities has been outpacing growth in Tennessee’s rural communities. As this trend in population change continues and subsequent redistricting occurs, the collective political strength of rural Tennessee could be diminished. The only way to combat this trend is for more rural citizens to actually exercise their rights and vote. I hope you will continue to do so.