Several months ago, I attended a speech given by U.S. Agriculture Secretary and former Iowa Gov. Tom Vilsack. While most of the speech was geared toward the federal government’s involvement in farm policy and agricultural interests, he quoted some statistics that have really stuck with me. He said that while only 16 percent of America’s current population lives in areas that are considered rural, more than 40 percent of our nation’s military personnel come from those rural areas. That disproportionate level of enlistment says a lot to me about the culture of America’s farms and small towns and the values that permeate those communities.

Don’t forget that this is the Volunteer State, a moniker that’s not just a nickname for sports teams at a certain university in Knoxville. We have a well-deserved reputation of providing huge numbers of recruits to fight our nation’s battles, especially in wartime. If you’ve visited the Alamo in Texas, you’ve seen the many state flags that commemorate the fallen from that famous battle. And it is the Tennessee flag that shows the highest price paid.

That tradition continues today. One of the most frequently deployed brigades in the Army calls Tennessee its home. The 3rd Brigade Combat Team of the 101st Airborne Division (Air Assault) is based at Fort Campbell, straddling the Tennessee and Kentucky state line. The “Rakkasans” have spent as much time on the other side of the planet pursuing their “Rendezvous with Destiny” over the past 10 years as they have spent training at Fort Campbell.

Many of you reading this page simply call these folks your neighbors, as Cumberland Electric Membership Corporation provides electric service to so many of these hometown heroes. Fort Campbell is not just home to the 101st but also to numerous other Army and even some Air Force assets. So while we may just think of them as our neighbors, these men and women do some pretty awe-inspiring things.

Few are as impressive as the Night Stalkers, the best helicopter pilots in the world. I have loved aviation since I was a kid and have some experience flying small aircraft in daytime, visual conditions. However, helicopter-flying requires a level of skill I have not mastered. The warriors of the 160th Special Operations Aviation Regiment (SOAR) fly the world’s most advanced helicopters, on the most dangerous missions, usually at night, often without lights, and always under the stress of battle. While the Navy SEALs may get the spotlight of the public’s admiration for high-profile missions (like the assault that resulted in the death of Osama bin Laden), the Night Stalkers frequently give them their rides to and from work. I am in awe of what they do, and they are right here in our backyard.

So it was only fitting that Dr. Mark Green spoke to electric cooperative leaders in Nashville in early February about the important role that electric co-ops play in our communities. I will leave the details about the specific public policy and legislation that were discussed that day to a future column because I found his comments to be more inspiring.

Dr. Green’s path to politics is different from that of any elected official I’ve met. A medical doctor who was raised in rural Mississippi and graduated from West Point, Dr. Green came to Tennessee after being assigned to Fort Campbell as a special operations flight surgeon in the 160th SOAR. He examined Saddam Hussein the night he was captured, and during his speech to co-op officials, Dr. Green spoke of that experience as well as the personal relationships he had with many of his fellow Night Stalkers who perished in the mission now immortalized by the book and movie “Lone Survivor.” He noted from firsthand experience that those in the special operations community pay an especially high price for their service.

When Dr. Green’s time in the Army ended, he found Tennessee to be the place he wanted to start a business and raise his children. Now, he is further serving his community by representing them in the legislature as a state senator from Clarksville. In just his first term in the Senate, he serves as vice-chair of the Committee on Commerce and Labor.

The men and women Dr. Green described in such detail serve with dignity and have asked precious little of us in return. They simply feel a duty to make the world, this country and their local communities better. It is my hope that by reading these words you and I may live each day in such a way that we honor the sacrifices they have made for us. God bless them. 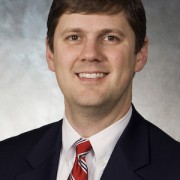 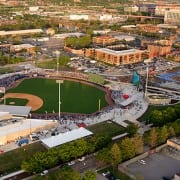 When to pull the plug
Scroll to top