The group Alabama did just that for the Tennessee Valley Authority with their 1988 hit, “Song of the South.” One verse reads, “Well Momma got sick and Daddy got down. The county got the farm and they moved to town. Papa got a job with the TVA. He bought a washing machine, then a Chevrolet.”

Simplistic as it is, the song sums up the agency’s transformative power on the Valley. TVA, one of several Depression-era stimulus projects, revitalized our entire region, controlling flooding and bringing low-cost power and wealth through jobs and investment.

Over the decades, TVA also transformed itself. No longer a beneficiary of federal funding, TVA is fully financed through power sales. Valley residents know the value of TVA to the region. It has turned the corner from being a Democratic Depression-era program to become an integral part of our political, economic and utility infrastructure.

Over the decades, TVA programs have touched every aspect of life in the Tennessee Valley — from farm production to uranium enrichment. TVA powered the engine that enabled the U.S. to end World War II. The same agency has provided countless summers of fishing and boating for multiple generations of families.

In the 2014 budget of the U.S. government, President Barack Obama advocates the administration’s intent “to undertake a strategic review of options for addressing TVA’s financial situation, including the possible divestiture of TVA, in part or as a whole.”

We’ve been down this road before with advocates of privatization calling for the dismantling of TVA and selling it to the highest bidder. To be fair, past efforts have come from both sides of the aisle, from both the Executive Branch and the Legislative Branch. Even though we “liked Ike,” President Dwight Eisenhower once referred to TVA as an example of “creeping socialism” and told friends in private, “I’d like to sell the whole thing.” TVA privatization even figured into the 1976 Tennessee Republican presidential primary between Ronald Reagan and Gerald Ford.

Selling TVA to the highest bidder seems like a quick fix for those outside the Valley or to those who are unable or unwilling to look at the facts. Transforming a publicly owned utility that sells electricity at cost into a for-profit entity isn’t a good solution for Tennessee ratepayers.

TVA has dealt with challenges before: recovering from an overexpansion of a nuclear program in the 1980s and weathering the deregulation and restructuring of the electric utility industry of the 1990s and the Kingston ash spill a few years ago. The agency has streamlined operations over the years: The number of employees has declined, and TVA is managed by a part-time board that is more diverse than ever. TVA may have issues to deal with, but we’ll deal with them together — they affect all of us.

Though the federal government owns TVA, the ratepayers in the Tennessee Valley provided the funds that constructed the generation assets and world-class transmission system. The ratepayers have paid back the original loans from the U.S. Treasury — with interest. If there is a divestiture of TVA, it should be a transfer to those ratepayers. It’s ours; we built it.

Simply put, TVA may be federally owned, but it is ratepayer-built. 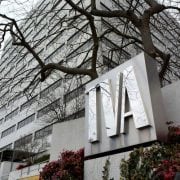