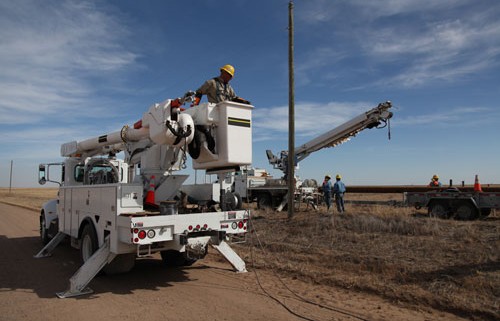 NASHVILLE – Legislation backed by the cable television industry and their lobbyists amounts to a $13 million subsidy that will ultimately end up on the electric bills of hundreds of thousands of Tennesseans, a state utility leader said today.

“The cable companies want, in essence, a $13 million subsidy that is paid to them by the electric ratepayers of Tennessee,” said David Callis, executive vice president and general manager of Tennessee Electric Cooperative Association.

At issue is the cost cable companies pay electric utilities to attach cable wires to power poles. This “pole attachment rate” is a negotiated contract between electric cooperative and municipal power provides and the cable companies. In Tennessee, the average pole attachment rate is $14 a pole per year for rural electric cooperatives and $18 per pole per year for municipal utilities.

Pole attachment rates cover the cost of installing and maintaining a power pole.

Electric cooperatives and municipal utilities are instead supporting a compromise bill that would preserve their right to negotiate agreements and would maintain local control of these important decisions.

“We think this compromise is fair. Most important, it protects the electric ratepayers of Tennessee from a hidden subsidy of the cable industry,” Callis said. “Our legislation continues the long tradition of local control and it offers a clearly defined dispute resolution process.”

Cable companies are pushing hard for legislation that would remove the authority of each utility’s local board of directors to set the rate, placing it instead in the hands of the state government. Additionally, the cable-backed legislation would require the state to consider an artificially low rate of $7 that was originally set by the Federal government 35 years ago as a subsidy to the then-fledgling cable industry.

“It is hard to argue that a media giant like Comcast, which has spent over $30 billion in the past few years to acquire NBC, is still a mom and pop business worthy of government protection,” said Callis.

“Cable lobbyists are using automated phone calls to claim that this compromise would stop people in rural areas from getting service, which may be one of the more disingenuous smokescreens I have seen in my career,” said Callis. “Since 2008, the law says a cable company can get 50% off their pole attachment rate if they provide service to an unserved area.  We are still waiting on the first request.”

The Tennessee Electric Cooperative Association is a trade association representing the interests of Tennessee’s 23 rural and suburban, not-for-profit electric distribution cooperatives and the 1.1 million members they serve. 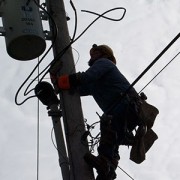