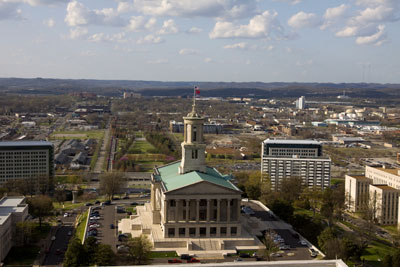 On May 1, the 107th Tennessee General Assembly adjourned its second session and brought to a close legislative business for the year – it’s earliest finish since 1998. The TECA Bill Tracker is finalized, and available by clicking the links below.

A $31.5 B budget for the state government was approved, which is a a $400 M reduction over last year’s $31.9 B budget. Even with the reductions, state employees will receive a two-and-a-half percent increase in their base pay and there will be a 0.25% reduction in the state sales tax levied on food. The state’s inheritance tax will phased out over a six-year period, and the gift tax will be eliminated entirely. A great deal of attention was paid to Governor Haslam’s proposal to modernize the State’s employment policies, also known as civil service. Ultimately, after some contention over the issue, the Tennessee State Employee Association supported the measure and it passed by large, bi-partisan majorities.

Another successful initiative of the Governor was to alter the make-up of the Tennessee Regulatory Authority from four full-time directors to a traditional five-member Board of Directors who would serve part-time.  A new Executive Director, initially appointed by the Governor and subsequently appointed by the Board of Directors, will manage the day to day operations of the TRA.  The final version of the bill contains a requirement that TRA submit an annual report to the Governor comparing the rates of regulated and non-regulated utilities (including electric utilities).  While the comparison of electric rates is not germane to TRA, as they do not regulate cooperative or municipally-owned utilities, TECA staff will pay close attention to these reports to ensure accuracy and relevance of any information included.

Upon the conclusion of the session, all bills not passed by both chamber and signed by the Governor are now officially “dead.”  When newly elected Legislators return to Nashville in January 2013, all bills and resolutions must be filed anew.

Electric cooperative interests were well protected throughout the session, as the entirety of TECA’s legislative agenda was resolved satisfactorily.  The bills of greatest importance included:

Trespasser Liability (Sen. Brian Kelsey/Rep. Vance Dennis)
By codifying the common law that a property owner owes no duty of care to a trespasser, electric cooperatives will see an increase in its protection against liability from copper thieves and other criminal activities on cooperative property.

Board Meeting Access (Sen. Delores Gresham/Rep. Vance Dennis) – The general subcommittee of the House State and Local Government committee unanimously agreed with our position that access to electric cooperative board meetings is best determined by electric cooperative members, rather than the legislature.

Pole Attachments (Sen. Brian Kelsey and Lt. Gov. Ron Ramsey/Rep. Debra Maggart) – This perennial issue saw much more legislative attention, due to the co-sponsorship of Lt. Gov. Ramsey and several committee hearings that included testimony on the bill.  Ultimately, electric cooperative member-owners owe a debt of gratitude to the Lieutenant Governor and the members of the Senate Commerce Committee who failed to make a motion that would bring the bill to a vote. This is a very unusual event in the senate, and sent a strong message to the cable industry about the depth of support enjoyed by electric cooperatives in Tennessee. 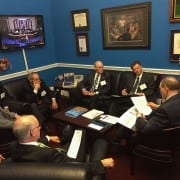 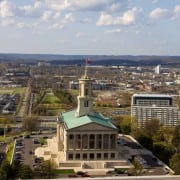 The Super Bowl only has one winner
0 replies