“It hit home,” said Jason Mills, line foreman for Gibson Electric Membership Corporation’s Tiptonville office, of the tornado that damaged parts of Lake and Obion counties on Friday, Dec. 10. “The loss of life hurts – that makes this one a little different.”

Crews today were focusing their efforts on Samburg and the Reelfoot Lake – areas that were directly hit by Friday evening’s storms. The level of devastation is sobering, even for lineworkers accustomed to storm damage.

Co-op leaders are pleased with the progress that has been made. By Tuesday afternoon, power had been restored to all but 750 consumers.

To Gibson members still without power, Mills reminds them to be patient. “Hang in there,” he said. “We’re working tirelessly to get this done. As soon as we are physically able to get the power back on, we will.”

“What can I say about Gibson Electric? They’re the best in the country I think,” said Danny Jowers, director of emergency management for Obion County. “It’s been phenomenal. There are lots of crews here helping. That’s what co-ops do. If you go help others, and when its time, they come here and help you.” 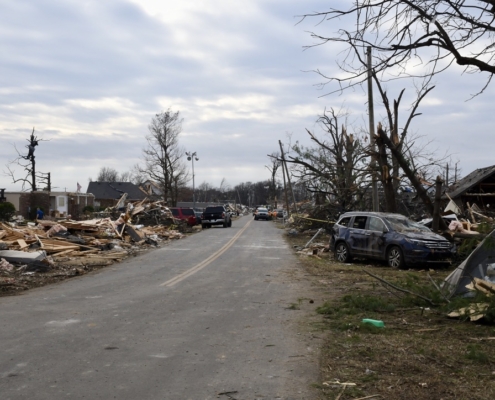 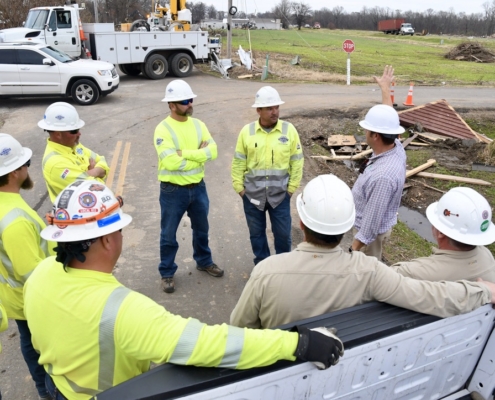 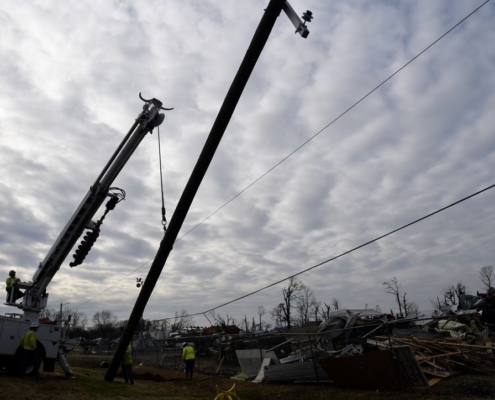 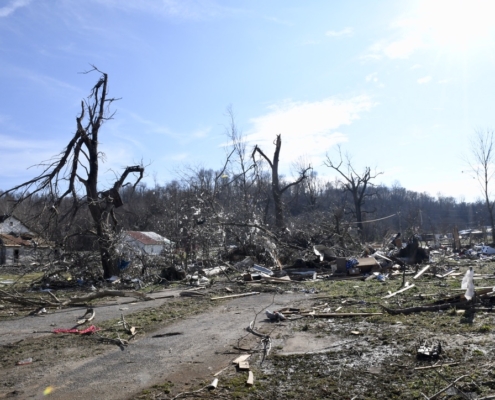 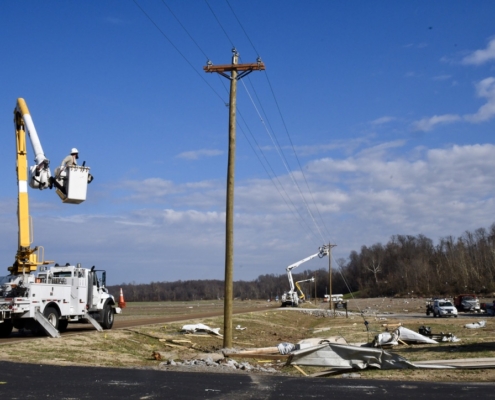 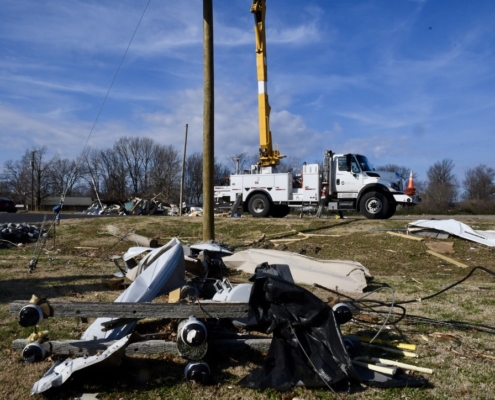 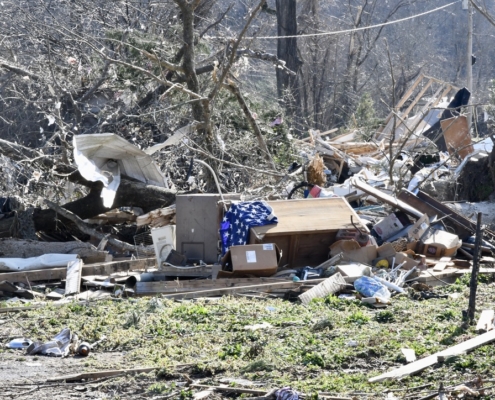 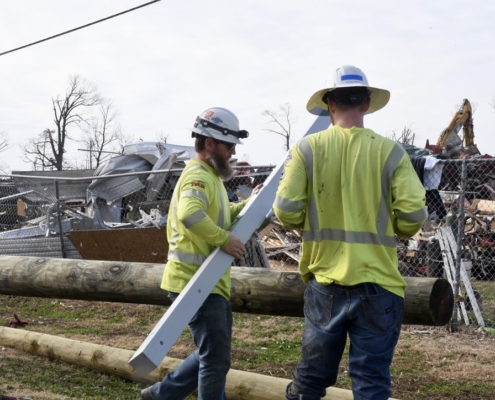 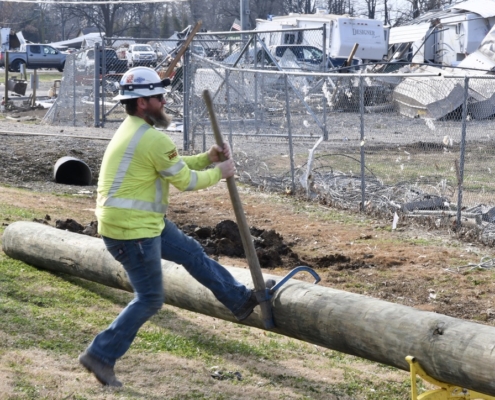 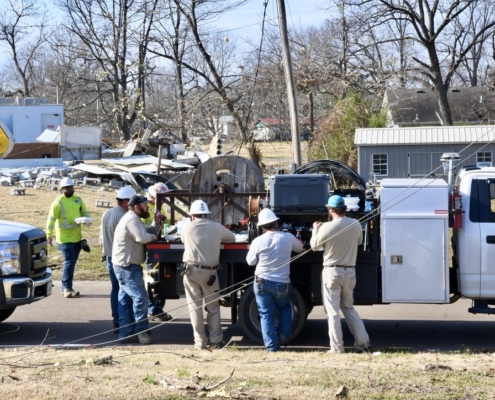 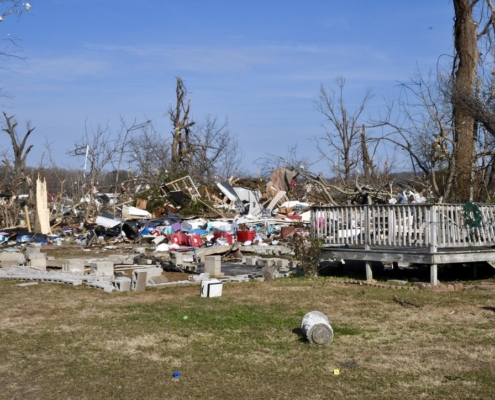 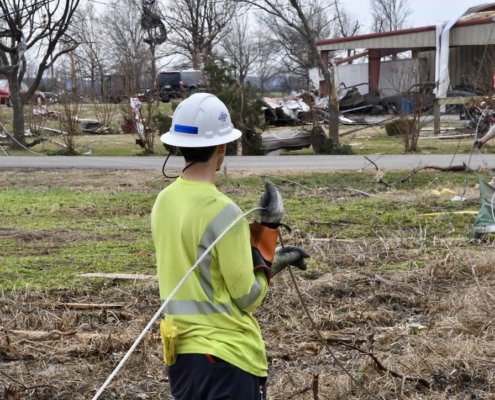 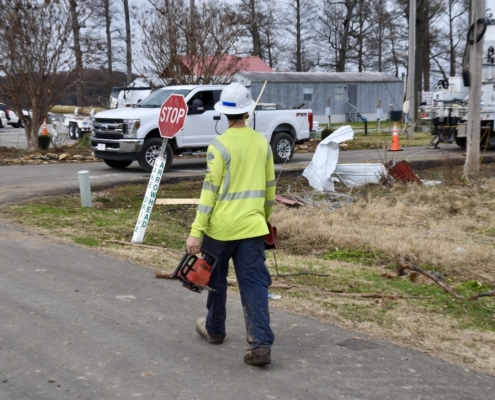 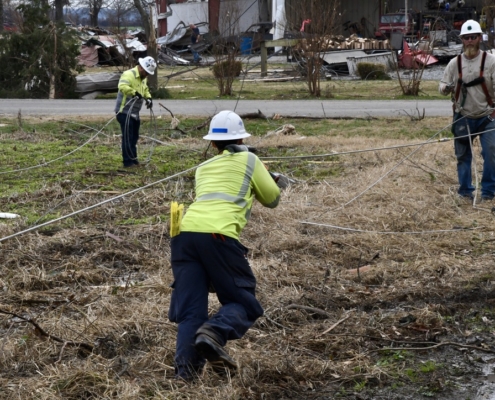 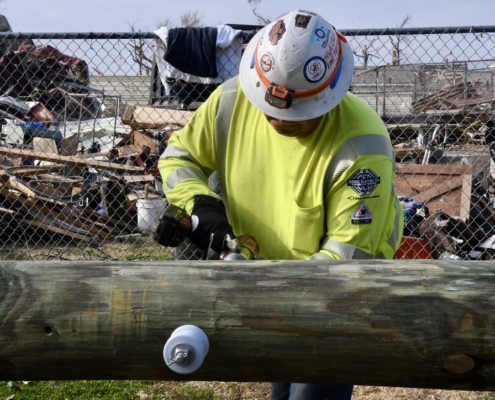 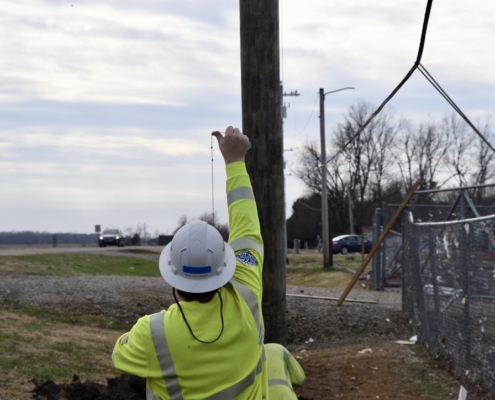 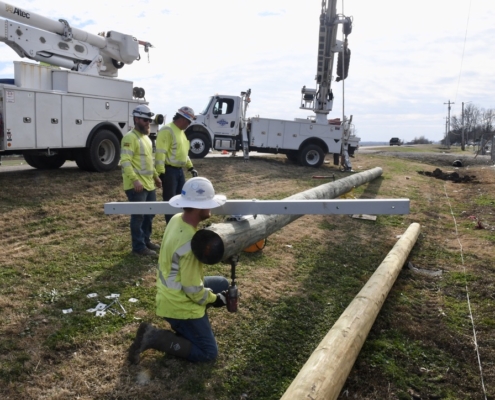 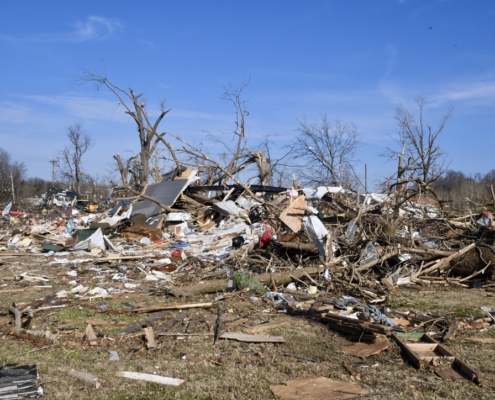 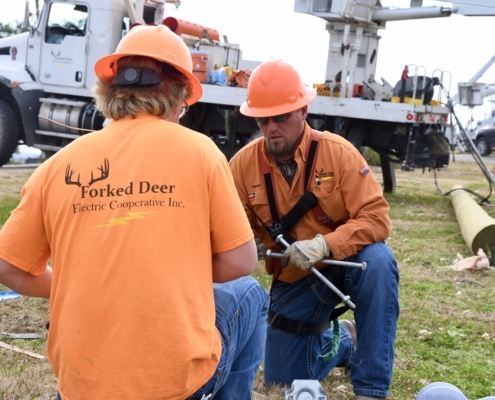 How you can help tornado victims
Scroll to top