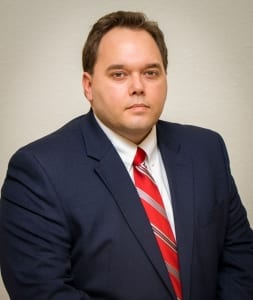 Mr. Coppock is a graduate of Horace Maynard High School in Union County, Tennessee and a 2001 graduate of the University of Tennessee, Knoxville, with a degree in computer engineering. He has held a Professional Engineer license since 2013. Mr. Coppock has been employed with the cooperative for 19 years, serving as engineer until 2013 when he was promoted to senior engineer. While in college he was a co-op student with the cooperative for two summers.

Mr. Coppock is a resident of New Tazewell, Tennessee, where he resides with his wife and three children.

“We appreciate Randell’s 57 years of dedicated service to the co-op, with the last 28 doing an outstanding job as our general manager,” said Board President Roger Ball on behalf of the PVEC Board. “We look forward to working with Brad. He is well qualified for the position and we know he will do a great job.”

“We congratulate Mr. Meyers on his retirement,” said David Callis, executive vice president and general manager for TECA. “Thousands of businesses and families in the Powell Valley region depend on the critical services that the co-op provides, and we look forward to working with Brad and the team at PVEC.”

The Co-op Community that Keeps your Lights On