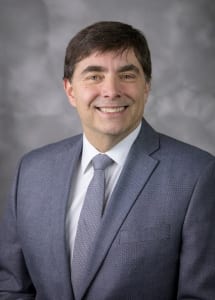 TRENTON, Tenn.—  The Fiber Broadband Association (FBA) recently awarded the Dr. Charles Kao Award for Community Broadband to Charles Phillips, Gibson Electric Membership Corporation VP of Technical Services and Gibson Connect VP of Operations.  The award recognizes individuals, organizations, or companies that honor Dr. Kao’s innovation and connect communities with fiber optic technology.  In its communication, the FBA said Philips is receiving the award in recognition of his work with Gibson EMC and Gibson Connect to build a fiber network throughout the cooperative’s 12-county service area.”

“We are delighted to award Charles Phillips with this honor,” said Fiber Broadband Association President and CEO Gary Bolton. “In a time when connectivity is more important than ever, we commend Charles’ commitment to providing high-speed internet to his community through state-of-the-art fiber broadband.  Congratulations to Charles and the entire Gibson EMC cooperative.”

In his time with Gibson EMC, Phillips has worked extensively with neighboring utilities to create an interconnected regional fiber network that connects 20 distribution systems. This network of independently owned and maintained fiber systems has provided the backbone for a high-speed and low latency network for intra- and inter-utility traffic, as well as inter-utility fiber contracts.

“We are extremely proud of Charles and we appreciate his excellent leadership as Gibson EMC and Gibson Connect work to provide reliable, high-speed internet access to our consumer-members,” said Dan Rodamaker, President and CEO of Gibson EMC and Gibson Connect. “Making this essential service available creates exciting opportunities for our members and communities,” said Rodamaker, “and Charles has been instrumental in the successful implementation of this project.”

Phillips has been with Gibson EMC since 1997.  In addition to his role in the broadband buildout and telecommunications business, Phillips also manages the cooperative’s technical services division.

Five Tips to Stay Cozy this Winter
Scroll to top