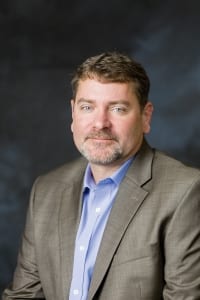 Muncy, a 30-year veteran of the cooperative, has served in many capacities while at the cooperative including engineering supervisor, IT manager, project manager, and manager of finance and administration.

Muncy was drawn to the position because he has been involved with management and policies at the cooperative for several years, and he likes the direction the cooperative is headed. “Plus, it is pretty much the only title I have not held at the co-op,” he added. Muncy says his favorite cooperative principle is “Cooperation among Cooperatives,” and he believes there is great value in the co-op network that allows co-ops to solve problems together and learn from one another.

“I have always appreciated and respected the wise counsel of John Collins,” says David Callis, executive vice president and general manager of TECA. “We salute him for an exceptional career and wish him a wonderful retirement. The TECA team also congratulates Loyd and looks forward to working with him as he leads a great co-op.”
July 2, 2020/0 Comments/by Trent Scott
https://www.tnelectric.org/wp-content/uploads/2020/07/muncy_loyd.jpg 1500 1000 Trent Scott https://www.tnelectric.org/wp-content/uploads/2017/07/TECA-logo-full-light.png Trent Scott2020-07-02 12:05:232020-07-02 12:15:42Muncy follows Collins at Chickasaw
0 replies