News
You are here: Home1 / News2 / Cooperatives3 / Change of Venue: A Tennessee Co-op Triples Attendance With an Underground...

Sequachee Valley Electric Cooperative ran out of barbeque at its 80th annual meeting, but that didn’t diminish the enthusiasm of the record number of members who showed up at the unique setting.

This year, the South Pittsburg, Tennessee, co-op scored The Caverns, a subterranean venue on the fringe of the co-op’s service territory that hosts live music events, including the acclaimed PBS series “Bluegrass Underground.”

More than 1,000 members showed up, with some driving nearly 100 miles to be there.

That’s nearly triple normal attendance, said SVEC President and CEO Mike Partin, noting there were many first-timers and younger members among the crowd.

“It was a great opportunity for us to share our story with a different demographic,” he said. “We got a lot of exposure to a lot of new faces just because we stepped out of our comfort zone.”

He said the co-op has been inundated with positive member feedback since the Aug. 8 meeting.

“Our message to other co-ops is: Think outside the box about member engagement and use the annual meeting as a tool.”

Partin said he got the idea to celebrate SVEC’s milestone anniversary at The Caverns during a conversation with neighbor Todd Mayo, who owns the venue and relocated it to the Pelham Valley last year.

Staff members and the board were initially skeptical, he said. SVEC typically schedules its annual meetings in a school and rotates the location to make it convenient for members. 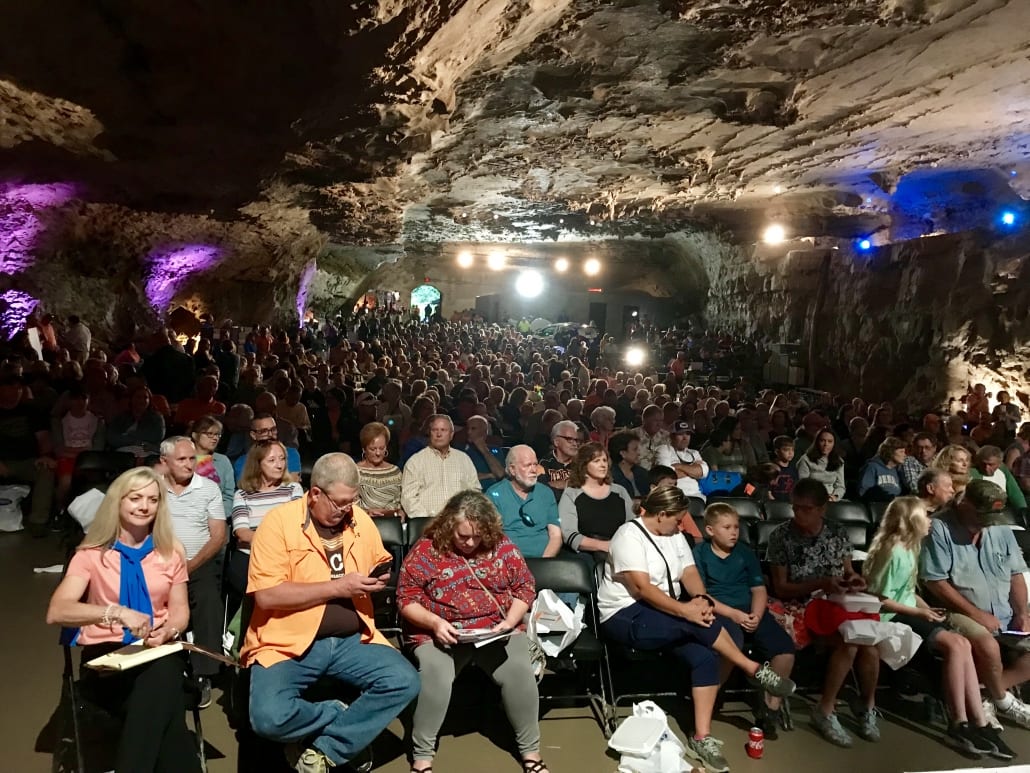 More than 1,000 members—a record crowd—gathered for SVEC’s 80th annual meeting in The Caverns, the subterranean music venue in the co-op’s service territory. (Photo By: SVEC)

All activities took place underground, including the business meeting, information booths for SVEC’s propane and broadband teams and an electric vehicle display. A photo-op bucket featured a lineman and a co-op director dressed in a caveman costume. Local bluegrass band Track 145 provided the music.

The huge turnout did have one drawback. SVEC planners are accustomed to provisioning for about 300 members at annual meetings. This year, they ordered enough barbeque for 500.

“The members didn’t complain. They were excited about the venue. And a lot of new folks came and heard about the exciting things the co-op is doing.”

Cathy Cash is a staff writer for NRECA.