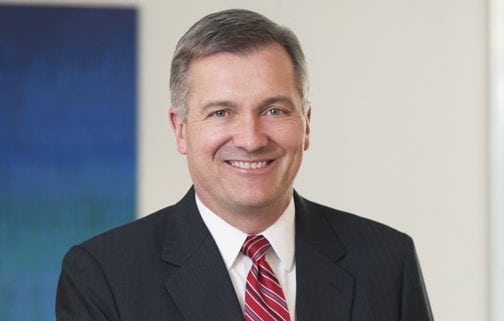 (Arlington, Va.) — The National Rural Electric Cooperative Association (NRECA) today announced that former U.S. Rep. Jim Matheson has been selected to serve as NRECA’s 6th chief executive officer. Matheson will succeed Jo Ann Emerson, who was stricken by a severe illness in August of last year.  He will join the association and assume his duties as CEO in July.

“On behalf of our board of directors, we are extremely excited to have Jim join NRECA,” said NRECA President Mel Coleman. “Jim will bring to the position a broad knowledge of the issues facing rural America and will be an inspirational leader for America’s Electric Cooperatives.”

Matheson currently serves as principal, public policy practice for Squire Patton Boggs, a large well-respected international law firm based in Washington, D.C.  During his tenure in the U.S. House of Representatives, from 2001 to 2015, he served as a member of the House Energy & Commerce Committee.  The respect Matheson has on both sides of the aisle, and his ability to bridge political and policy divides to find common ground, will serve NRECA and all member cooperatives very well.

“I am excited by the opportunity to lead NRECA and to continue to build on its remarkable record of service to its members,” Matheson said. “I am honored to be associated with this member-driven organization that has a strong reputation for quality and integrity.  I look forward to working collaboratively with all of the cooperative community as we look to the future.”

In addition to his extensive background in Congress and public policy, Matheson worked in the energy industry for several years.  He was a project development manager in the independent power industry. He worked at two consulting companies, including his own firm, providing services to large energy consumers.