(ARLINGTON, Va.) — The President signed into law S. 2152, the Electrify Africa Act, with strong praise from the National Rural Electric Cooperative Association (NRECA) and America’s electric cooperatives. Three years after the bill was first introduced, this law will now bring electricity to 50 million people in Sub-Saharan Africa, and lift rural communities from impoverished conditions to improved economic activity and a higher quality of life. The presidential signature came after passage of the Act in the U.S. House of Representatives last week. This followed the Senate’s unanimous passing of the legislation in December.

“We are celebrating this achievement with all our members, because our domestic and international work has always focused on power distribution, and making it possible for people to have direct access to electricity,” said NRECA Interim CEO Jeffrey Connor. “This new law makes it possible to have a significant impact on the lives of millions, and we are proud to be part of this worthwhile effort to bring power to Sub-Saharan Africa. We applaud and thank the bipartisan leadership of Senate Foreign Relations Committee Chairman Sen. Bob Corker (R-Tenn.), Ranking Member Sen. Ben Cardin (D-M.D.), House Foreign Affairs Committee Chairman Ed Royce (R-Calif.) and Ranking Member Rep. Eliot Engel (D-N.Y.), who all believe that promoting economic development by expanding access to electricity will benefit people on both sides of the Atlantic.

“Sen. Corker’s leadership on this legislation has been extraordinary,” says David Callis, executive vice president of the Tennessee Electric Cooperative Association. “We are looking forward to see the lights come on for millions in rural Africa.”

NRECA’s international affiliate—NRECA International – has worked in developing countries since 1962. Its global commitment has provided electricity to more than 110 million people in 43 countries.

The National Rural Electric Cooperative Association is the national service organization that represents more than 900 private, not-for-profit, consumer-owned electric cooperatives in the United States. Those co-ops provide service to 42 million people in 47 states. 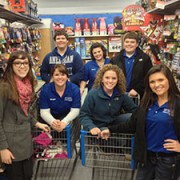 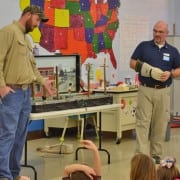