The U.S. is in the process of taking a giant step in the noisy process of changing how we generate and use electricity now that the Environmental Protection Agency has released the final version of its Clean Power Plan.

This current energy focus is the result of President Obama’s August 3 announcement of what he called, “A plan two years in the making, and the single most important step America has ever taken in the fight against global climate change.”

Two days after that announcement, 16 states asked the EPA to put a hold on the plan, calling it illegal and saying it would raise utility bills.

The plan would reduce the burning of coal to produce electricity, which now generates more than one-third of our electric power, and increase the use of renewable energy sources like solar and wind. The huge effects of those changes, and the complex and controversial ways they would happen, guarantee that the Clean Power Plan will be setting the nation’s energy discussion for the foreseeable future.

Here are the key things to know about the EPA Clean Power Plan:

Over the next 15 years, the plan would change the U.S. energy economy

The Plan also sets out a way for that to happen. It calls for states to work with the power industry and submit a carbon dioxide emission reduction plan to the federal government by September, 2016. A two-year extension can be requested. Reductions would begin in 2022 and would be completed by 2030.

Opposition could delay the plan

The 16-state request for a delay actually seeks to kill the Clean Power Plan. The request, in the form of an August 5 letter to the EPA, says that the agency should hold off on implementing the plan because of the states’ intention to sue the EPA.

The planned lawsuit would claim that the law the EPA is using as a basis for the Clean Power Plan, the Clean Air Act, does not allow the EPA to require states to make such large-scale changes to their energy economies.

The EPA says the Clean Power Plan has been carefully written to comply with the law. The August 5 letter cites other objections to the Clean Power Plan, including that it would “coerce states to expend enormous public resources and to … prepare State Plans of unprecedented scope and complexity. In addition, the State’s citizens will be forced to pay higher energy bills as power plants shut down.”

Additional lawsuits are expected from other opponents.

There is also strong political opposition. Elected officials in Congress as well as state governments have called on states to refuse to submit carbon reduction plans.

Electric co-ops cite special concerns about the effects of the Clean Power Plan because of their higher share of low-income members and often already-fragile rural economies.

The National Rural Electric Cooperative Association warned of the expected increase in electric bills as a result of power-plant closures.

“Any increase in the cost of electricity most dramatically impact those who can least afford it,” said NRECA. “The fallout from EPA’s rule will cascade across the nation for years to come.” 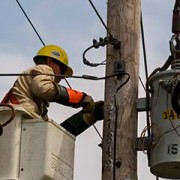 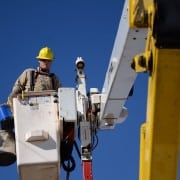 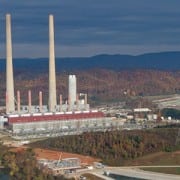