News
You are here: Home1 / News2 / News3 / There is a Cooperative Difference

While all electric utilities offer the same product, where it comes from makes a difference.

In the U.S., the vast majority of people receive their electricity from one of three types of utilities; investor-owned, municipal-owned or through their electric cooperative, which is owned and controlled by the people who use it. Let’s take a closer look at these three types of ownership models and see why it matters to you.

In the investor-owned model, the corporation is owned by a great number of stockholders who may or may not be real customers of the utility. Investor-owned utilities tend to be very large corporations such as Entergy, Con Edison or Excel. They serve large cities, suburban areas and some rural areas, too.

In most cases, investor-owned utilities (IOUs) have few employees in the communities where they operate. This, combined with the fact that they have outside investors whose sole motive is to make a profit on their investment, generally tends to lead to less personalized service. Consumer surveys confirm that IOUs have the lowest customer satisfaction ratings. About 72 percent of the U.S. population is served by investor-owned utilities.

Municipal electric systems, as the name implies, are government owned. They can serve large cities, like Los Angeles, Austin or Orlando, or smaller areas, like Jackson, Knoxville or Chattanooga.  In municipal systems, the city runs the utility with little to no meaningful oversight from the citizens. About 16 percent of the market is served by municipal utilities.

Rural electric cooperatives serve the smallest number of consumers, about 12 percent of the market, which equals 42 million people. There are more than 800 other electric co-ops in 47 states in addition to the 23 in Tennessee. While co-ops serve the fewest number of people, our electric lines cover more than 75 percent of the U.S. landmass. This is because we provide power where others once refused to go because of the low population density. Electric co-ops rank highest in member satisfaction among the three types of utilities. We believe this is because we serve member-owners, not customers.

As the electric utility business continues to evolve, we are committed to being there for you, our member, to provide for your electric energy needs. Unlike large investor-owned utilities, we are rooted right here in Tennessee. Over the years, we have answered the call to provide additional benefits and services because it is extremely important to us that our community thrives and prospers.  This is why Tennessee co-ops are active in economic development and energy efficiency and help to prepare young leaders for the challenges of tomorrow.

There is a cooperative difference. You own us, and we are here to serve you.

Adam Schwartz is the founder of The Cooperative Way a consulting firm that helps co-ops succeed.  He is an author, speaker and member-owner of the CDS Consulting Co-op.  You can follow him on Twitter @adamcooperative or email him at [email protected] 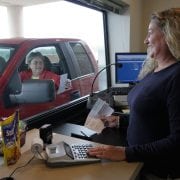