News
You are here: Home1 / News2 / News3 / Carnahan to follow Womble at MLEC 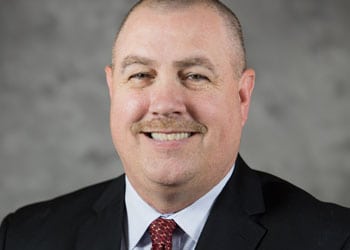 (April 30, 2015) — The Meriwether Lewis Electric Cooperative Board of Directors named Keith Carnahan as the cooperative’s new Chief Executive Officer on April 28. Carnahan will step into the new role when Hal Womble retires in July after 16 years of leading the cooperative.

“Keith Carnahan will bring a unique perspective, business knowledge, skills, and management style to MLEC. The next decade promises many changes for our industry. It is the desire of this board that Keith work closely with each district, our dedicated staff and employees, the communities we serve, and the member owners to meet those challenges,” says MLEC Board Chair Johnnie Ruth Elrod. “We appreciate Keith’s enthusiasm and vision for MLEC and congratulate him as he takes on this new role to lead MLEC in the continued good service and the delivery of safe, reliable, and affordable electric service for our members.”

Carnahan is a graduate of Tennessee Technological University with a Bachelor of Science in Electrical Engineering and received his MBA from Bethel University. He has been an employee of E.I. DuPont for the past 27 years serving in several engineering and management positions and was most recently the Site Engineering Manager for the New Johnsonville Plant.  During his tenure at DuPont, he led numerous improvement programs that helped the New Johnsonville Plant become a world class producer of Titanium Dioxide. Also, for the last 5 years he has served on the Board of Directors for MLEC representing Humphreys County.

“Being only the fifth leader in 75 years is a great honor and responsibility,” says Carnahan. “I look forward to serving MLEC and its members and leading the cooperative as it evolves in the years to come.”

Carnahan and Lisa, his wife of 28 years, make their home in Waverly, Tennessee. They have three daughters – Alyssa, Ashton and Allie. His hobbies include duck hunting, golf, and cycling.

Womble announced his retirement in the September 2014 issue of The Tennessee Magazine. “My years at MLEC have been rewarding, and I’d like to think we’ve accomplished a lot together,” says Womble. “New substations, reliable electricity, new programs for the members, and getting our fiber network off the ground – and hopefully one day to our members – are some of the things I’m most proud of during my tenure.”

The apple is not rotten
Scroll to top