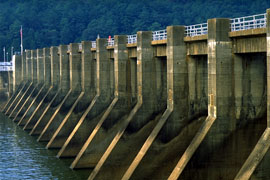 An Obama administration proposal to sell the Tennessee Valley Authority would be a bad business deal that could bump up electricity rates by 13 percent, according to a review by a global financial analyst.

Lazard Frères & Co. declared TVA financially sound, saying there is no reason to privatize it, or turn it into a regional cooperative or state-owned agency.

“TVA’s current strong financial position, ability to self-fund its construction program and anticipated improvements in cost structure, environmental profile and asset mix as a result of long-term initiatives suggest there is no impetus for the federal government to change course,” Lazard said in an analysis released June 4.

Officials at TVA, which supplies power to 155 electric cooperatives and municipal systems, were delighted at the findings and hoped it would end a 15-month dustup about the fate of the nation’s largest public power provider.

“TVA’s healthy financial profile and ongoing efficiency initiatives are expected to generate benefits for TVA’s stakeholders, and Lazard’s summary observation is that there currently is no apparent detriment to ongoing federal ownership at this time,” the authority said in a statement.

Following a suggestion in the administration’s fiscal 2014 budget that it might put TVA on the block, the authority brought in Lazard to go through its financial records for federal budget makers.

The fiscal 2015 budget released earlier this year didn’t include a direct sale provision. But it reiterated that the administration was open to reducing or ending the federal role agency by transferring ownership to state or local stakeholders.

However, Lazard said spinning off the 81-year-old agency wouldn’t reduce the federal budget deficit, because it receives no current appropriations.

In fact, TVA is on track to pay down its debt to $20.8 billion by 2023, which might actually help the federal budget, Lazard said.

Also, TVA’s customers would have to pay for any change in status, Lazard said. That would mean a jump in retail rates of as much as 13 percent from the current 8.7 cents per kilowatt-hour.

“The Federal Government appears likely to realize minimal, if any, value in a divestiture without a significant value transfer from ratepayers in the form of higher rates,” the adviser said.