NASHVILLE – The electric cooperatives of Tennessee are recognizing Friday, April 18, 2014, as National Lineman Appreciation Day to honor the hardworking men and women who keep the power on and protect the public’s safety. There are more than 700 electric co-op linemen in Tennessee.

“Today we honor the dedicated service of these courageous workers and recognize the critical role they play in keeping the lights on,” said David Callis, executive vice president and general manager of the Tennessee Electric Cooperative Association. “Our communities depend on reliable energy, and our linemen place themselves in harm’s way every day to see that power is delivered to our homes, businesses, factories, schools and hospitals.”

“When disaster strikes, they work quickly to restore power to their communities,” says Callis. “They go above and beyond, working around the clock in hazardous conditions.”

“Linemen represent the Volunteer State well, helping others during their times of need,” Callis adds, noting that Tennessee’s electric co-ops have assisted utilities in other states following ice storms, tornados and hurricanes, with some crews traveling as far as New York following Hurricane Sandy in 2013.

You can help Tennessee’s electric cooperatives honor lineman by using #ThankaLineman on Twitter. 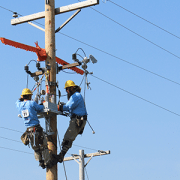 My next coffee stop 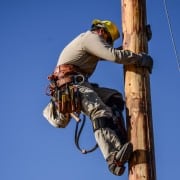