As children, most of us were told to turn off the TV when no one was in the room to keep from wasting energy. But with today’s televisions, turning off the set doesn’t save as much energy as you think. “Off” doesn’t really mean off anymore.

Lights, air conditioning, and heating use most of your home’s electricity. However, all of the TVs, computers, printers, phone chargers and other devices add up. Many gadgets use energy even when you are not using them. These devices are commonly referred to as “parasitic loads,” “phantom loads,” or “energy vampires”—consuming electricity even when switched off.  Phantom loads can be found in almost every room, but a favorite “coffin” is your entertainment center.

Most televisions slowly sip electricity while waiting for someone to press the “on” button. They use energy to remember channel lineups, language preferences, and the time. DVD players, DVRs, and cable or satellite boxes also use energy when we think they’re turned off.

In an average home, 5 percent to 8 percent of electricity consumption stems from small devices that drain energy even when no one is using them. To put that in perspective, the average North American household consumes roughly 10,800 kilowatt-hours (kWh) of electricity per year. If you estimate that 6.5 percent of your total electricity consumption comes from phantom loads, the amount drained by these vampires equals about 700 kWh annually—or $70 every year.

So how can you tell which devices are okay to leave plugged in and which need to have a wooden stake driven through their hearts? Find plug parasites and use smart strips.

Microwave ovens and alarm clocks, which use relatively small amounts of standby power, are acceptable to leave plugged in. A digital video recorder (DVR) uses a fairly significant amount of power when turned off, but if you record programs frequently you will want to leave it plugged in.

You don’t have to worry about unplugging items with mechanical on/off switches, such as lamps, hair dryers, or small kitchen appliances like toasters or mixers―they don’t draw any power when turned off.

How do you save energy on the other devices in your home? Try plugging household electronics like personal computers, monitors, printers, speakers, stereos, DVD and video game players, and cell phone chargers into power strips. Not only do power strips protect sensitive electronic components from power surges, you can quickly turn off several items at once. (Routers and modems also can be plugged into power strips, although they take longer to reactivate.)

Power strips, however, are often hidden behind entertainment centers or under desks and forgotten. A better solution may be found in “smart strips.”

Most smart strips feature three outlet colors, each with a unique task. The blue outlet serves as a control plug, and is ideal for a heavily used device like a TV or computer. Anything plugged into red outlets stays on—electricity to these receptacles never cuts off―making them perfect for satellite boxes or other appliances that need constant power.

The remaining outlets, generally neutral or green in color, are sensitive to current flowing through the blue outlet, so turning off the TV or computer cuts power to them as well. Some smart power strips can be made even smarter with timers or occupancy sensors that determine when to cut power to various devices.

Smart strips are available online or at specialty electronic retailers and online. Payback generally can be achieved in under one year, depending on the type of equipment the strips control and how often they are used.

Maybe our parents asked us to turn the TV off because vampires, phantoms, and parasites haunted their electric bills. These days, smart strips can chase these load monsters away from your home—and your pocketbook. 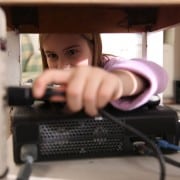 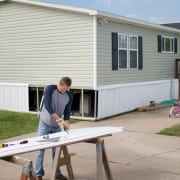 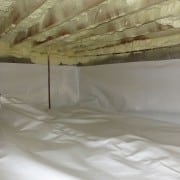 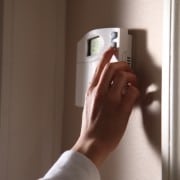 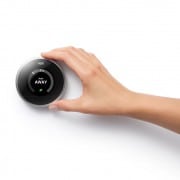 Energy savings can be hard. Make it easy.
0 replies