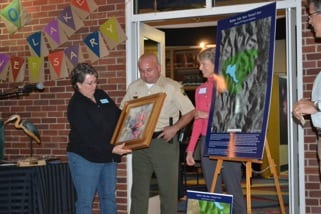 Friends of Radnor Lake, a non-profit organization dedicated to protecting and preserving the natural integrity of Radnor Lake State Natural Area, recently announced that TECA’s Robin Conover was the recipient of the organization’s Environmental Award.

Conover serves Tennessee’s co-ops as Vice President of Communications of TECA and Editor of The Tennessee Magazine. You can learn more about Friends of Radnor Lake at radnorlake.org.

The Power of Potential
Scroll to top