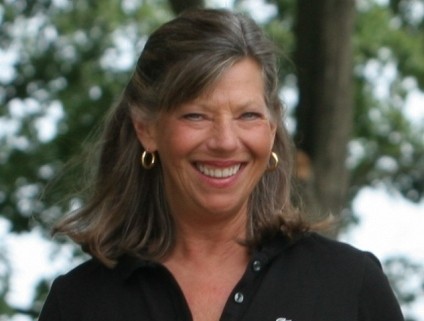 “We conducted an exhaustive search to identify the very best individual to lead a great association,” said NRECA Board President Mike Guidry.  “We’re convinced we found that person in Jo Ann Emerson.  Her background as a Member of Congress and a trade association executive – coupled with her extensive knowledge of the issues facing electric cooperatives and rural America – make Jo Ann eminently qualified to lead NRECA and represent the interests of our members.  The respect she has from both sides of the aisle and her proven ability to bridge political and policy divides and find common ground will serve NRECA well.”

Emerson was first elected to the U.S. House of Representatives in 1996 from Missouri’s Eighth Congressional District.  She serves on the House Appropriations Committee and Chairs the Subcommittee on Financial Services and General Government Appropriations, with oversight of the U.S. Treasury, the Internal Revenue Service, and various independent government agencies, including the U.S. Securities & Exchange Commission, the Federal Communications Commission, the General Services Administration, and the Small Business Administration.  In addition to a leadership role on agriculture, health care, and government reform issues in the House, Emerson has won recognition for her work on energy issues, including the NRECA Distinguished Service Award.

“Energy has a direct relationship with the vitality of rural America.  Without reliable, affordable electricity delivered by electric cooperatives serving thousands of communities, millions of Americans would be left without the energy that brings economic opportunity, unsurpassed quality of life, and the promise of growth in the future,” said Emerson.  “NRECA is committed to the electric cooperatives of this great nation that fulfill this vital need, and work so hard every day to improve the quality of life for their member-owners.  I am so very honored to join an outstanding organization to work on their behalf.”

In addition to her committee posts, Emerson also serves as co-Chair of the Tuesday Group, is a member of the NATO Parliamentary Assembly and holds a position on the Board of the Congressional Hunger Center.  She is the first Republican woman from Missouri to serve in the U.S. House of Representatives.  Emerson graduated from Ohio Wesleyan University and held executive roles in communications and government affairs positions with the National Restaurant Association and the American Insurance Association before being elected to the first of nine terms in Congress.

The National Rural Electric Cooperative Association is the national service organization that represents the nation’s more than 900 private, not-for-profit, consumer-owned electric cooperatives, which provide service to 42 million people in 47 states.