Callis began his career with the Tennessee Valley Authority as an accountant and then as supervisor of power revenue. He then worked at Tri-County Electric Membership Corporation for almost nine years, serving first as director of finance and administration and then as general manager. In 2001 he joined the Tennessee Electric Cooperative Association as the director of government and public affairs, and in 2010 he was named vice president of statewide services. Callis has served on the board of directors of the Tennessee Valley Public Power Association, the Kentucky Association of Electric Cooperatives and the South Kentucky Industrial Development Association.

Callis and wife Dawnn have been married for 32 years and have two children, Megan, 27, and Brian, 23. Dawnn works with XO Communications in Nashville. Megan works as a legislative assistant for Tennessee State Senator Tim Barnes and is attending law school. Brian is a graduate of Middle Tennessee State University and works as an accountant at Franke in Smyrna.

“David has a deep appreciation for the electric cooperative business model,” says Bill Rogers, president of the association’s board of trustees. “He is immensely talented, well respected and a passionate advocate for Tennessee’s cooperatives and their members.” 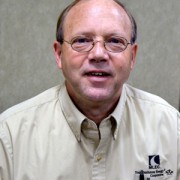 This is a standard post format with preview Picture