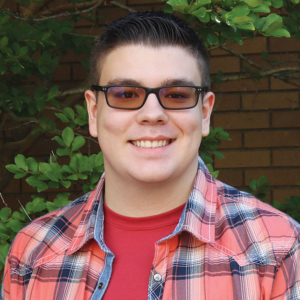 lf you take a stroll down the side of the cold, brisk water banks of the Cumberland River, you can find an old, bald headed man. He will be there in a pair of old faded, denim, bib overalls that have burnt, welding holes spread across them like sprinkles on a doughnut. His face is worn like Red Wing boot leather, and his hands don’t seem quite as steady as they once were.

He will be sitting there with an old cane pole and a cup of worms while sippin’ on a jug of sweet tea. lf you take a notion to set a spell with my granddaddy he will share with you knowledge that has been his livelihood.

ln big or even small, little, remote towns across this great country are power plants and smokestacks that have built our wonderful nation as they generated electricity. My granddaddy has traveled these lands as a boilermaker. He is a retired tradesperson who built, repaired and maintained these plants. He mainly worked on coal fired, steam and nuclear power plants, and in the boilermaker world, he is known as Colonel. He has spent many years working at power plants in Cumberland City, Hartsville, Gallatin and New Johnsonville, Tennessee, making sure we would have electricity.

Ol’ Colonel let me know that the sources used to generate electricity in Tennessee have changed substantially over the decades. He said, “Them there coal fired plants beller out too much air pollution from them stacks for the likings of the environment people.” Coal’s share of power has declined as nuclear power passed coal up as the top source of electricity. Tennessee is home to two of the newest nuclear reactors in the United States and the third largest pumped storage hydroelectric facility.

As he takes out a big, ol’ fat, red worm, Colonel then explains how the local power companies work closely together to make life better for the people they serve. He said, “Public power means that it’s not beholden to any of them there investor types, and they ain’t there to make nary a profit either.” lnstead, the focus is on generating safe, clean, reliable and affordable electricity for the people. Low rates and low energy bills attract companies from across the globe, bringing with them high paying jobs.

Colonel has seen many changes over the years, and he will let you know that the rapidly evolving energy marketplace has made close partnerships more important than ever. Colonel says, “You might be good at shootin’ that there ball in your backyard, but if you find a half dozen more like you….well, you got you a heck of a team there that’d be hard to beat, now wouldn’t it?” A few years back, local power companies were offered the opportunity to lengthen and strengthen their partnership with TVA. This helps secure long-term access to the benefits of public power for decades to come.

Colonel reaches down, picks something up and grins, “ You see this here acorn? Just sittin’ here, it might get eaten, it may rot or maybe something else. lf I take this seed and plant it, you know it will more than likely grow into a mighty oak. Same goes for children. You work with them, help them and show them the way, and they will be good people someday.” Electric cooperatives hire employees and pay taxes, but the community involvement digs even deeper, especially with the youth as they want to give back to the community in meaningful ways. That’s why they give back and participate in the Washington Youth Tour, Youth Leadership Summit and Electric Camp and Youth Leadership Conference.

Tennessee’s electric cooperatives are building a brighter Tennessee, investing in a stronger, better prepared and more resilient future for the communities. Healthcare, education and businesses depend on high-speed connectivity. This is something many small, little remote communities just do not have access to. Tennessee’s electric cooperatives are investing more than $1.2 billion to expand connectivity in rural and suburban Tennessee.

Tennessee Electric Cooperative Association powers everyday life for rural and suburban Tennessee and impacts the communities they serve. Electric co-ops serve 71% of the state’s landmass, 38% of the state’s population, 84 out of 95 counties, 1 in 3 homes and 100,000 miles of distribution line and cover 2.5 million Tennesseans.

lf you are out and about near the Cumberland River, you should take a good look around. lf you see an old, bald headed man in his old faded, denim, bib overalls, holding an old fishing pole, you should stop for a spell. People who’ve lived through generations play a vital role in how our society functions. Listen to the stories and experiences of older generations – whether it’s a family member, neighbor or coworker. They can help us understand history and how to better shape our future. They may even educate you about electricity and co-cops.