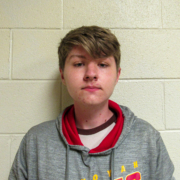 High above the prosperous Tennessee town of Whoville on the summit of Mount Crumpit lived a foul green creature whose heart was nothing to trumpet. For years he had pouted and grumbled and shouted, “These electric cooperatives need to be outed!” This creature, this Grinch, would ramble like so, but in his mind, he did not yet know: These cooperatives enabled Whoville’s success; its liveliness would suggest no less!

Take, for example, young Cindy-Lou Who, stuck in the house, with a case of the flu; through investments in broadband, electric cooperatives enable this Cindy-Lou Who to work from the table — not just the young Who, but also several others, helping protect their fathers and mothers!

Yet still the Grinch stood, unaware and unmoved. Of electric cooperatives he still disapproved. He said to himself, “I’ll end those cooperatives; I know what to do,” and in his heart, a foul plan then did brew. “I’ll hike up their price, raise up their rates! Destroying their meters will see them in straits!” So he snatched up his coat and big grinchy hammer, and strolled on to Whoville to cause a great clamor.

For miles and miles on foot he did trot, until he arrived at just the right spot. “This will do nicely,” he said with a grin; it was time for his dastardly scheme to begin. He readied his swing, then heard a great racket: It was Cindy-Lou Who, in fur hat and jacket! This sudden appearance did not frighten the Grinch. From his evil composure he did not flinch. “Fret not,” said the creature to the young Who, “your meter is damaged, and I know what to do.”

Young Cindy-Lou Who, now wide awake, asked, “What might have caused our meter to break? These devices are 99.9 percent reliable. Surely you will find its durability undeniable.” There the Grinch stood, in a voiceless state, when suddenly, he was saved by fate. “Perhaps you’re a member of the board on inspection, set to your task by way of election? I have heard each contributor is given a voice, allowing their insight on every choice.”

“Yes,” said the Grinch, as he breathed a big sigh; as to how the Who knew, he would like to clarify. Then he inquired, “How do you know such information?” beginning to grow tired of the whole vexation.

Cindy-Lou Who quickly replied, as if her last statement the answer implied, “Electric cooperatives ensure members are learned, making certain each contributor’s position is earned. I learned all of this and much, much more from my Tennessee cooperative’s Youth Tour.” With this the Grinch began to understand and decided to return to the matter at hand. He said to the child, “Go, rest your head,” and with this command, the Who went to bed.

All through the night he executed his plan, then to his home on Mount Crumpit he ran. There he waited until six o’ the clock, hoping to hear the townspeople’s shock. Yet, as they woke, to the Grinch’s surprise, he did not find any tears in their eyes. The gathering of many he did observe, hoping Whoville’s power grid to preserve. They did not unravel the plan he had hatched, but instead local communities were dispatched. The Grinch was amazed to see this commune. As the Whos worked, they sang a soft tune:

Perhaps from this view, though none live who know, did the heart of Mount Crumpits’s Grinch then grow.

To Whoville he traveled with hopes to atone, wishing to undo the damage he had sown. What he saw next nearly brought him to tears: 7,000 Whos gathered, all member volunteers! They worked and worked and yet none received pay. On the Grinch’s mind this did heavily weigh. “Why do you not wish to work alone? Have you no problems of your own?” A Who of the board was quick to reply, “I’ll tell you the how, and I’ll tell you the why. Whos of cooperatives from every nation work together in mass cooperation. We contribute each just a small sum. This is to ensure the greatest outcome!”

The benefits of electric cooperatives made clear, the Grinch now smiled from ear to ear. “I think I will stay, if just for a while. I believe I enjoy this cheery lifestyle.” So onward through Whoville the Grinch now went, hoping of his past crimes to repent. He worked with all the cooperative leaders, installing new meters with lots of great features. Together they labored all through the night, until all of Tennessee’s Whoville was finally alight!

With joy and compassion in malice’s stead, the Grinch was now ready to go rest his head. “I thank you all, and this time has been swell, but I’m afraid it is time that I bid you farewell.” With Whoville and company now far behind, the newly converted was left to his mind. “Perhaps electric cooperatives aren’t so bad as I’ve led. What was it that those little Whos said? They work with each other, and put community first. Surely such a plan is far from the worst!”